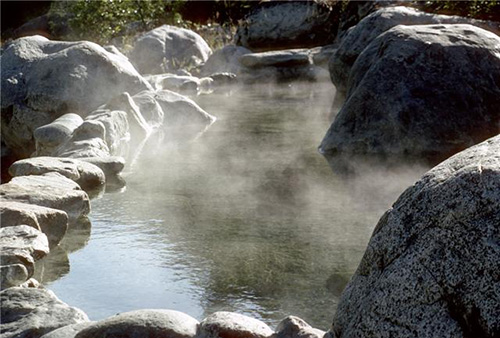 Today spas and hot springs are in the top two tourist attractions and destinations globally. The most visited are located in the Mediterranean and far East.

Since modern civilization we have enjoyed mineral baths, foot spas, and other spa related indulgences. Not only do these spa inspired retreats alleviate stress, they improve health – giving sufficient reason for vacationers to flock to spas.

The earliest mention of spa practices originated in Greece. The Grecians introduced the first foot baths in the second millennium BC. These spas promoted healing using therapeutic water to relieve fatigue and improve health. Archeologists have confirmed hot springs, mineral baths, and spas existed in nearly every ancient civilization.

In the Celtic hot spring baths of England, the spas were believed to purify the body both physically and spiritually. The Japanese foot baths have been the attraction of those on health pilgrimages to hot springs for over 1,600 years.

So what is it about these spas and water treatments that created their prominence since ancient times? Well it’s proven that spas detoxify the body and improve circulation, reduce stress, alleviate headaches and many other ailments.

Our feet and underarms are pathways that help us discharge toxins from the body. Your feet also contain energy channels which have long been observed by the Chinese. The Chinese foot spa practices include reflexology, which is the use of pressure points to improve circulation and promote detoxification. There are several ways to perform a foot detox, including reflexology, foot pads, ionic baths, and the more traditional mineral foot bath.

Though it may be difficult to coordinate regular spa retreats, foot spas offering mineral baths and reflexology are a more convenient addition to every health regimen. Foot spas have been popular local destinations in the East, and are quickly becoming popular in the West. With science acknowledging varied health benefits, many health practitioners have begun recommending clients incorporate regular spa time into their busy schedules.

Next time you are searching for a foot spa, be sure to inquire about reflexology services and experience the healing powers that the East has used for centuries.