You can’t speak coherently, the left side of your body is involuntarily shaking, and sudden random painful muscle spasms keep happening – all at once. This is how stages 3 and 4 of Parkinson’s disease can debilitate you. 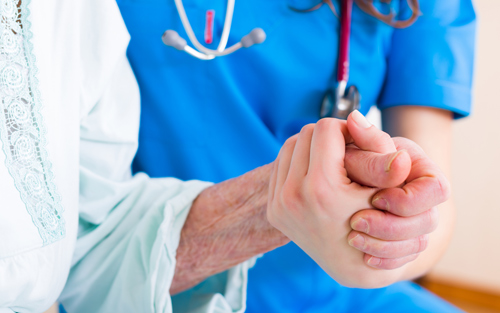 Parkinson’s disease may begin as an innocuous tremor that over time leaves a person completely debilitated. As of yet, there is no known cure. However, early recognition of the symptoms and proactive treatments can slow it down.

In this yourfootpalace.com article, we define and explain what Parkinson’s disease is, how to identify its symptoms, how a diagnosis is made, and the stages a person passes through during the progression of the disease.

What Is Parkinson’s Disease

Parkinson’s disease is a progressive disease of the nervous system associated with tremors, muscular rigidity, slow and imprecise movement. The disease principally affects middle-aged and elderly individuals. It is also related to degeneration of the basal ganglia (a group of structures found deep within the brain) and dopamine deficiency.

This disease primarily affects those over 50 but has been known to occur earlier. Parkinson’s does not discriminate by race, color, gender, or social status, and in recent decades, awareness of the disease has been heightened by Alan Alda, George H.W. Bush, Robin Williams, Muhammad Ali, and Michael J. Fox all having been diagnosed.

What Are Symptoms of Parkinson’s Disease

Symptoms of Parkinson’s disease are typically slow to manifest themselves and may go unnoticed or disregarded until multiple symptoms appear or frequent mishaps begin to occur.

Some of the more common symptoms are:

Involuntary Tremors – these tremors (shaking) may occur while at rest, in the hands, arms, legs, or even through the back affecting posture.

Muscular Affliction – The onset of Parkinson’s may cause minor to severe: 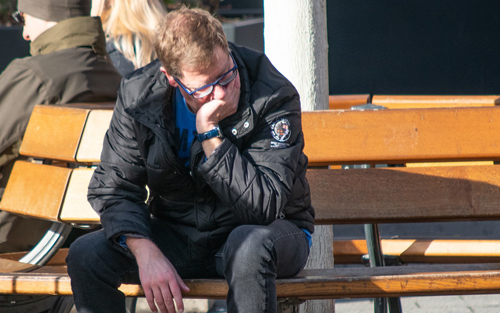 The following symptoms may also indicate or be a result of Parkinson’s disease:

While many of the symptoms above may appear from other afflictions or illnesses, any one or a combination of them should be checked out by your primary care physician.

No blood test can diagnose Parkinson’s disease. To further complicate things, it is challenging to diagnose in its early phases.

A concrete diagnosis may take years to be made, and it probably won’t be your primary care physician that makes it. Early on, you will likely be referred to a movement disorder specialist who is a neurologist with training to detect conditions like Parkinson’s. 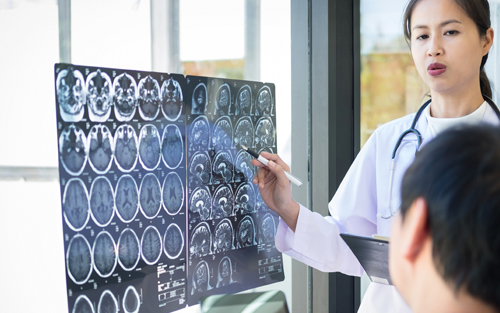 A Parkinson’s disease diagnosis is made through the following steps:

• The doctor will ask questions about your symptoms based on the Unified Parkinson’s Disease Rating Scale and input information throughout the exam. You can see this questionnaire here alz.washington.edu/NONMEMBER/UDS/DOCS/VER2/IVPforms/B3.pdf

• To make a diagnosis, at least 2 of the following 4 symptoms must be present:

• The doctor may examine your face to see how you express emotion, you may also be asked to sit in and stand up from a chair, and walk around the room.

• Because reduced production of dopamine in the brain is one of the causes of Parkinson’s, you may be asked to take a dopamine replacement drug like levodopa used in conjunction with carbidopa. If your symptoms improve, it is more likely that you have Parkinson’s.

• Two scans are also used to take detailed images of the brain, and these tests may help your doctor make a diagnosis. They are:

PET scan – This scan details how your brain functions and how it uses sugar. This test helps to distinguish between Parkinson’s and dementia. 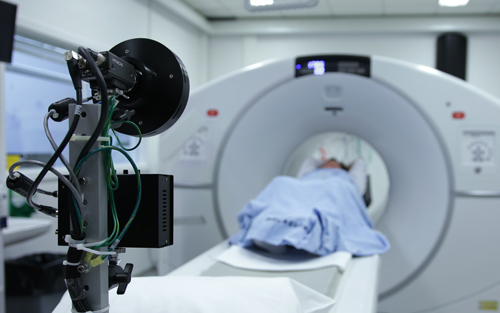 DaTscan – This scan displays problems with dopamine-producing cells. Cells that are healthy and functioning well will light up during the test. Cells lacking dopamine will remain dark. This test helps to distinguish between Parkinson’s and essential tremor (a brain disease with many similar characteristics as Parkinson’s). For more on the DaTscan, read parkinson.org/blog/whats-hot/update-DAT-scanning

Using imaging studies is a relatively new way to diagnose Parkinson’s and requires a highly specialized doctor to interpret the scans correctly. Likewise, due to the costs of the scans, contact your insurance company to verify your coverage for these scans and what percentage may be out-of-pocket.

When diagnosing Parkinson’s disease, doctors also factor in the following:

• The disease is more common in people over the age of 50.
• Diagnosis involves ruling other diseases out that may mimic Parkinson’s symptoms.
• Making a Parkinson’s diagnosis is often difficult and may require time.

Doctors and scientists are continually seeking to improve methods of diagnosis for earlier detection.

There are 5 different stages of Parkinson’s disease, beginning with the mildest and running up to the most severe. While there are similarities in each stage, it is the severity of the symptoms that differentiate one stage from another.

Stage 1 – This stage may include mild tremors along one side of the body, and slight changes in facial expressions, posture, and walking. At this stage, symptoms typically won’t interfere with daily activities and are usually only noticeable by people around them.

Stage 2 – In this stage, tremors may affect both sides of the body, commonly accompanied by rigidity. Everyday activities can still be accomplished but are harder to accomplish. Also in this stage, difficulty with posture and walking are now obvious.

Stage 3 – This stage sees a significant loss of motor control, as sense of balance is disrupted and falls become more frequent. While many can still live independently, basic activities like eating, dressing, and bathing become increasingly difficult as body movements can become very slow.

Stage 4 – In this later stage of the disease, standing is still possible without assistance, but bodily movement is now significantly impaired as the symptoms have become limiting. Patients in stage 4 Parkinson’s disease require assistance with everyday activities and are no longer able to live independently. 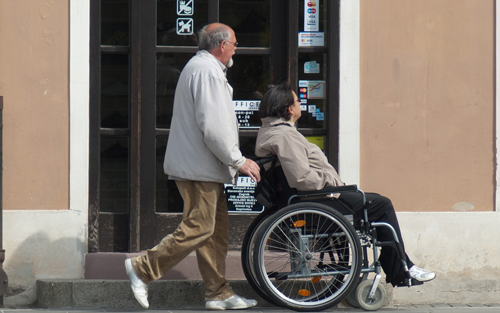 Stage 5 – As this is the most advanced stage of Parkinson’s, patients will likely require assistance standing and walking and may require the use of a wheelchair. In this stage, patients will require assistance with all activities as their motor skills are severely impaired. Hallucinations are also commonplace with those suffering in advanced stages.

A treatment plan will typically depend on the stage of the disease and the severity of symptoms. The following treatments may be recommended:

Medicine – As Parkinson’s disease involves the reduction of dopamine production in the brain, most treatment plans will include the use of levodopa administered with carbidopa. Levodopa converts to dopamine while carbidopa only allows the conversion to happen once levodopa has reached the brain.

Massage – Massages have been found to help with rigidity and stiffness. Besides relieving stress, massages can help boost walking abilities, the performance of everyday living activities, and leaves patients feeling better. Visit Foot Palace to schedule your next massage treatment. 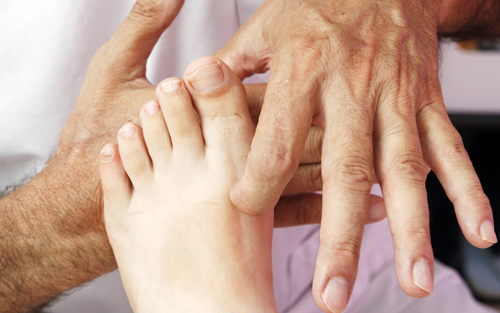 Acupuncture – Reduced pain, anxiety, and depression are some of the symptoms of Parkinson’s that can be relieved or reduced by acupuncture therapy.

Without being proactive in seeking medical attention and treatment, later stages of Parkinson’s disease can be a living nightmare full of uncertainty, confusion, and hallucinations.

In this article, you discovered the definition of Parkinson’s disease, the symptoms that accompany it, how a diagnosis is made, its 5 stages, and its treatment options.

Don’t allow minor symptoms to develop into major health issues. Ignoring little aches and pains and self-diagnosing could lead to life-long regrets. When there are signs of trouble, seek help from your primary care physician.